The discovery of this ancient strain of blue-green micro-algae Aphanizomenon flos-aquae (AFA) has led to a new super food that contains more protein and chlorophyll than any other food source. Primitive as algae may appear, most are highly efficient photo synthesizers, even more so than plants. Algae utilize light energy from the sun, carbon dioxide from the air, and hydrogen from the water to synthesize proteins, carbohydrates and lipids. AFA grows only in the wild and is far superior to any other algae on the planet. [read more..]

AFA (Aphanizomenon flos-aquae), or the Aqua Botanical that we harvest, produces its own energy and food from sunlight and moist conditions through photosynthesis. As the first protein and most ancient food on Earth, it is so sustainable on its own that it is the first sign of life scientists look for on other planets. Our E3 AFA is a non-GMO heirloom variety. [read more..]

Aphanizomenon flos-aquae (AFA), (means invisible flower of the water) is a fresh water nutritional plant referred to as cyanophyta. Cyanophyta are living water plants that grow in nearly all droplets of sunlit water and in every gram of soil, on the bark of trees and the surfaces of rocks. It is estimated that there are as many as 50,000 species, including various seaweeds and plankton. [read more..]

Upper Klamath Lake, a high desert lake, is located in the southern most part of the state of Oregon, at an elevation of 4100 feet above sea level. The lake is protected to the northwest by the Cascade Mountains with an arid sagebrush steppe to the east and south. Klamath Lake has a surface area of about 140 square miles and has an average depth of 8 feet. The lake is fed by 17 mineral-rich rivers that deposit an average of 50,000 tons of mineral-rich silt from the surrounding 4000 square mile volcanic basin, making Upper Klamath Lake one of the richest nutrient traps in the world, impossible to artificially to duplicate. [read more..]

There are thousands of different algae species, our E3 products are from one single particular species of edible nutritional blue-green algae (Cyanophyta) called Aphanizomenon flos-aquae. This species has been eaten by people for thousands of years and has provided great benefits. In our current culture, this specific source of AFA harvested from Klamath Lake has been used for more than 25 years, including in clinical settings with notable doctors. [read more..]

E3Live is the only AFA that is live, liquid and delivered to you closest to its natural state. E3Live is a non-GMO heirloom variety that is selectively gathered by our expert harvesters, and collected from only the deepest, most pristine waters of Upper Klamath Lake. We harvest only at peak times of optimal growth, when the AFA is the heartiest, healthiest and most vibrant. Harvesting AFA is an art and a science. We discovered that the strongest and freshest AFA possesses the highest life-force. [read more..]

Since 2001, E3Live products and our facilities have been certified organic through OTCO (Oregon Tilth Certified Organic). OTCO provides a system of strict production standards and annual on-site inspections of not only E3Live's (Klamath Algae Products, Inc.) facilities, but the Upper Klamath Lake watershed. Oregon Tilth is the most respected name in organic certification, which is why we are OTCO certified. OTCO has been certifying E3Live to the U.S Department of Agriculture (USDA) National Organic Program (NOP) and to the Canada Organic Regulation. 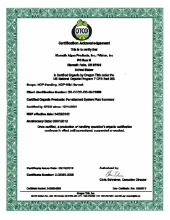 E3Live is certified to kosher standards by Rabbi Zushe Blech, as he is considered one of the world's leading experts in modern kosher food production and technology. Rabbi Zushe Blech of Monsey, NY, has been serving for over 20 years in positions relating to all aspects of kosher certification. There is an annual inspection if E3Live's facilities and products, as well as a review of our documentation. We are continuously striving to add more and more of our products to the kosher-certified list. 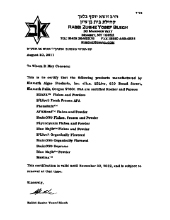 The most vital wild-grown superfood on the planet.